From 05th to 6th November 2015 the 6th National Congress Telemedicine took place in Berlin. The current evaluation results shows, that the congress was very successful. MEYTEC supported this year’s congress as Premium Sponsor and exhibitor. Besides the MEYTEC stand there were two partner exhibitors present. The Chili GmbH company and ZTM Bad Kissingen. In addition, MEYTEC were the co-sponsor of this year’s telemedicine prize.
The deputy chairman of the executive board of DGTelemed and MEYTEC CEO Gerhard W. Meyer explained to the guests: ”The current Telemedicine Congress is in my opinion the most successful since it was formed ten years ago. It is also very pleasing to see the rising perception of German Society for Telemedicine at regional, federal and international levels. An increasing number of members and a wide presence of the physicians and representatives of health insurance companies gives a clear signal of success. I believe that the telemedicine users in Germany are very well represented by the DGTelemed”. 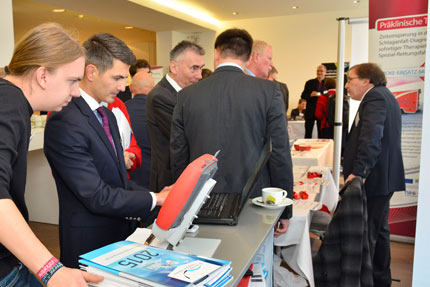 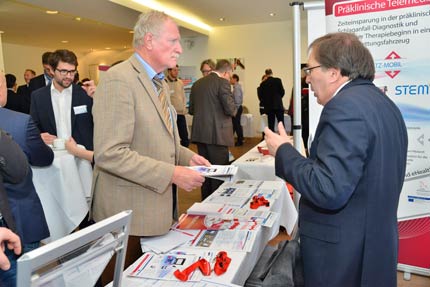