STEMO in Apotheken Umschau from the 15Th January 2014

On the 15Th January 2014 the “Apotheken Umschau” published an interesting article from Dr. Reinhard Door about “Research & Knowledge“ under the title “More effective stroke treatment“. He discussed two current telemedicine based health care concepts: the Stroke Emergency Mobile Unit (STEMO) and the telemedical project from the region South-East Bavaria (TEMPiS). While TEMPiS is already the part of the regular health care, the STEMO is seeking regular healthcare financing. Apart from the fact, that the accompanying scientific study could produce clear positive results, there is some reticence among single representatives of the health insurance companies against inclusion in regular care. The journal “Apotheken Umschau” appears every 14 days and has according to the publishers it has a circulation of approximately 5 million.
More information: Apotheken Umschau Beitrag (PDF)

STEMO in the broadcast RBB-Praxis 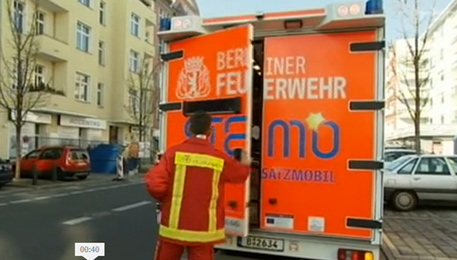 Press-release – rolling clinic is still on the road

The Senate Administration for Internal Affairs and Sports as well as the Senate Administration for Health and Social Affairs in Berlin held a press conference in the Fire Department Berlin-Wilmersdorf on the 06th June 2014. Senators Handles and Czaja informed the assembled representatives of press and media about the prolongation of the Stroke Emergency Mobile Unit (STEMO). The previous financing with subsidies ended on the 31th May 2014. The health senator Mario Czaja said that the intensive negotiations with Berlin health insurance companies to immediately adopt new emergency vehicle immediate into regular care, were unsuccessful at this stage. The intention is to start with the STEMO solution operating in regular health care from January 2015 and to make it a regular part of the existing rescue resource. From June till December 2014 the previous research partners will continue the project to gain additional information about the use in practice. Additionally, the specialist skills of the STEMO-staff who operate the vehicle will be preserved.
More information: Pressemitteilung (PDF) 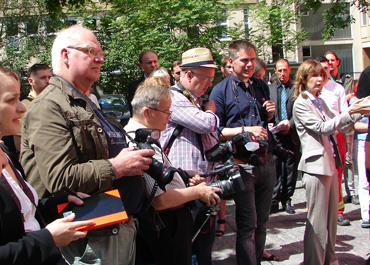 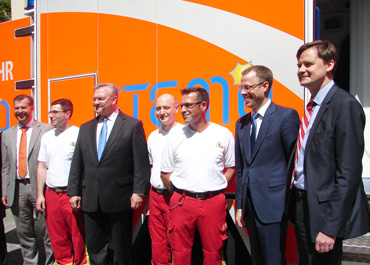